That was the case for John Lorenzen who brought his family to meet their favorite USC players.“I think (USC) coach (Steve) Spurrier is motivated and will have the team winning big again this season,” said Lorenzen. “I’m confident they can turn it around.”Lorenzen and his family were dressed in Gamecocks clothes. In addition to grabbing all the autographs possible from the football team, the children even managed to get photos with cheerleaders who also participated in the event.“It’s pretty amazing how many people come out to this,” said USC quarterback Connor Mitch. “It kind of puts into perspective how much Gamecock football means to the fans.”Although his table was near the back of the room, Spurrier remained the most popular attraction as he signed autographs and posed with adults and children alike.“Gamecock fans are the best in the world,” Spurrier said, while continuing to sign autographs.“When you have guys like Jadeveon Clowney, a Marcus Lattimore, a Connor Shaw you get some people who talk about that,’ said Tanner. “But, right now, on a team that is trying to find out who those guys are going to be — certainly we know about (USC wide receiver) Pharoh (Cooper) — but it is consistent. People come out.“It is great to see.” 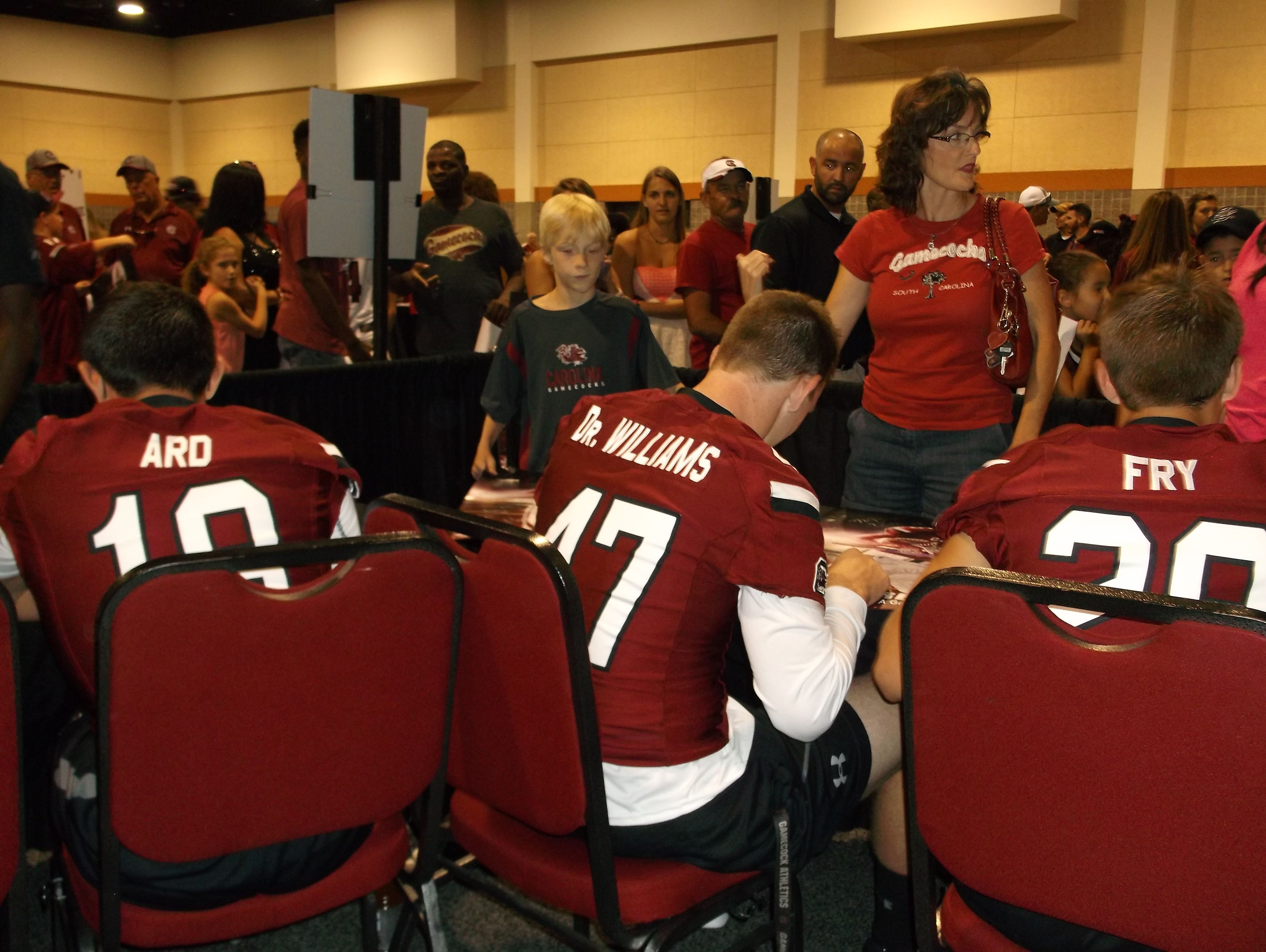 USC players sign autographs during Fan Appreciation Day on August 16, 2015.COLUMBIA, SC – The venue was forced to be moved and South Carolina is coming off a disappointing 7-6 season.That did not stop a crowd from attending the Gamecock football team’s Fan Appreciation Day, however.The event was moved to the Columbia Convention Center due to a previous event being held at the Colonial Life Arena next door.Lines formed early, however, as fans of all ages, shapes and sizes waited patiently for an opportunity to meet and get autographs from their favorite Gamecock players.“This shows a consistent loyalty which is very, very special at the University of South Carolina,” said USC Athletics Director Ray Tanner. “It is one of the reasons we’ve had success across all of our sports, we have such a loyal fan base.”